Check out our tips on the most famous Asian dishes to visit across the continent:

The country is rich in history and has influence from several countries, transmitting its heritage in its gastronomy through its creative dishes, made with fresh ingredients and an infinite variety of options, accessibility and intriguing its first-time visitors. We chose the three dishes that remind me of the country for their unique and simple flavors.

Original from the south of the country, Banh Mi is nothing more than a chicken or pork sandwich, several flavors of pates, coriander, cucumber, carrots, sweet and sour sauce and other varied ingredients.

Usually found in carts on the streets of Vietnam or in some physical establishments, you need to try it in every corner of the country. Despite being originally from southern Vietnam, my favorites were in Hanoi and Hoi An, in the north and central part of the country, respectively. 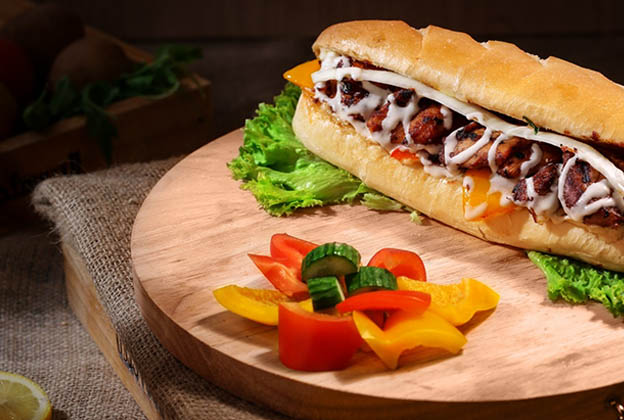 Without a shadow of a doubt, Pho is one of the main Vietnamese dishes famous around the world. And no wonder, its broth looks simple, but it is rich in flavor and its complexity matches perfectly with the pasta and the protein served together.

If you are in the north of the country, the broth has a lighter character, when in the south it is richer in flavor, tending to be slightly spicy, sweet and often served with fresh herbs. Its main variations are Pho Ga, chicken or Pho Bo, beef.

I know it’s not exactly a dish, but visiting Vietnam without trying your coffee just doesn’t make sense. The country has one of the best coffees I have ever tasted in Asia and has several different and specific flavors, mixing coconut milk, condensed milk, egg, among others.

Personally, Vietnamese coffee in its traditional variations is a little too sweet for my taste, but my favorite is egg, referring to Creme Brulee, being another dessert.

Made from egg yolk, sugar and condensed milk, Cà Phê Trúng is one of the best drinks you will “eat” in Vietnam. Try it in Hanoi, at Café Giang, where the drink was invented, it can be enjoyed cold or hot and has several variations with chocolate, rum, beer, among others.

The Thailand is much more than beautiful beaches, it is also famous for its exotic cuisine with unique flavors, spices and aromas . Next, I chose three easily found options, often chosen by tourists and easy options to introduce you to their unique flavors.

Considered one of the most popular Thai dishes, Som Tam has several varieties, but the most traditional is composed of grated green papaya, tomatoes, carrots, peanuts, dehydrated shrimp, beans (different from Brazilian), sugar, tamarind, fish sauce, lemon , garlic and lots, but lots of pepper.

The condiments are macerated and mixed with the rest of the ingredients, providing a complex flavored dish, bringing a mixture of sweet and peppery acidity so present in various Thai dishes.

Typical dish in the north of the country, more specifically in Chiang Mai, Khao Soi has versions with chicken, beef, pork or vegetarian combined with curry, coconut and boiled egg finished with delicious fried noodles. Still in its composition, we have pickled mustard leaves (quite common in Asia), onion, lemon and a final touch that makes all the difference, ground pepper fried in oil. My grandmother used to fry ground pepper, perfuming the whole house and taking her dishes to another level. 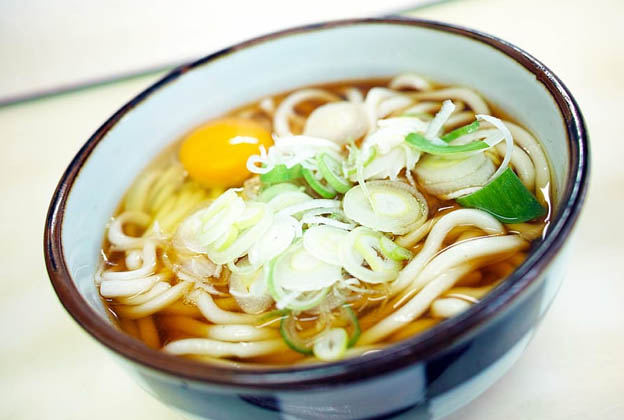 This is the perfect option for you who are still new to venturing into the most diverse flavors present in Thai cuisine. Pad Thai is nothing more than fried noodles with chicken, shrimp or the vegetarian version and is definitely the choice of many tourists, being easily found in all establishments and street markets.

Over the years, several countries have passed and left their mark and heritage reflected in the local cuisine, being Chinese, Arabs, Portuguese, Spanish, Dutch and mainly Hindu.

The dishes basically revolve around rice, as in many Asian countries, accompanied by delicious dishes prepared with spices and fresh herbs. The following are some items for you to explore its complex flavors.

Did you think you were going to leave Taiwan out? We thought we were not going to be surprised, but Taiwan has provided us with countless moments of learning and rediscovering its flavors. Below are some iconic dishes that we recommend to anyone visiting this wonderful island.

Definitely one of the iconic dishes you need to try in each region of Taiwan. The broth is served with handmade pasta and its cooking takes about 4 hours, leaving the meat so soft that it practically melts in your mouth and the broth has deep and dense spices and flavors, different from the traditional Vietnamese Pho, lighter.

Each region prepares it differently and is served with vegetables and different types of pepper to taste. Give preference to small neighborhood restaurants with the certainty that their preparation will be more traditional and the recipe will be of those gems that pass between generations. 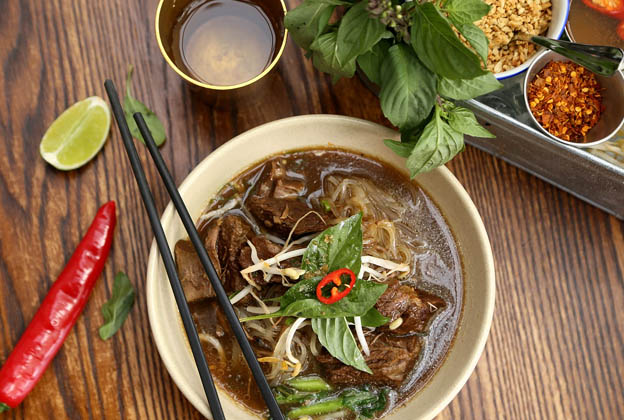 The protagonist of this dish is pork, which is prepared with hours of cooking and marinated in different spices with soy sauce as a base. Its slow cooking allows you to savor all its slightly sweet and salty flavors with each bite.

Served as a sandwich with typical Taiwanese white bread, coriander, sauerkraut and peanut powder, this simple dish promises to make your mouth water.